20, 2019 Geekery
Introduction You might look at the title and be a bit confused. Doom Emacs? What the hell is that supposed to mean? Well, it’s a config for Emacs for martian “vimmers”, as the author claims. Yeah, I’ve got muscle memory for vi-type editors. Looking at Emacs' default keybindings I suddenly get onset carpal tunnel. Doom Emacs is based on Emacs' Evil-Mode, which replaces the crappy editor inside Emacs with something a lot more VIM-like. 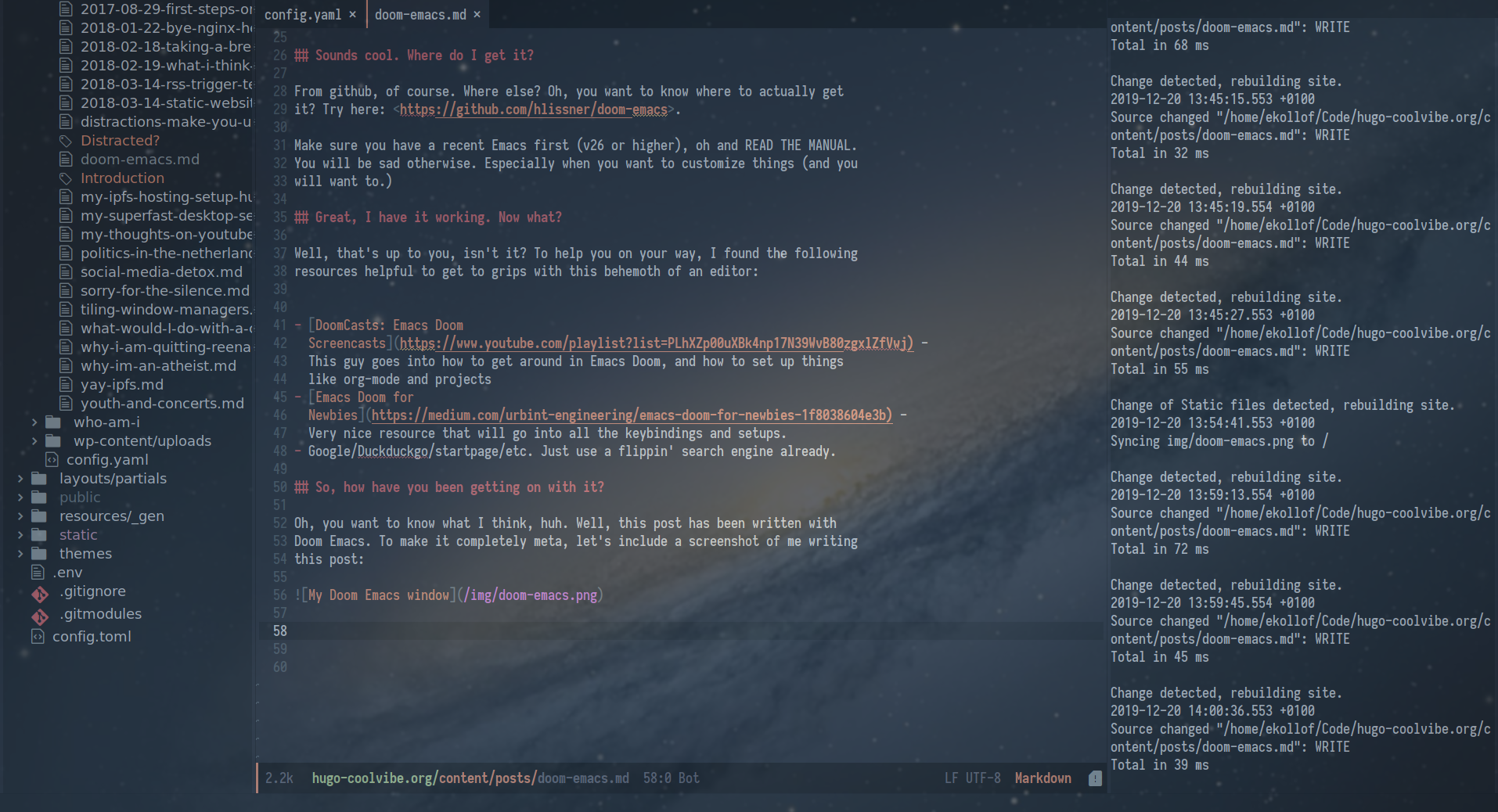 20, 2019 Geekery, Technical, Geekyness
Introduction I dislike spending lots of time setting up my desktop. I like to be up and running as fast as possible. I also like Arch linux, because it’s quite barebones and light and relatively cruft-free. Because I like to get up and running fast, I’ve made some tools to speed up this process. Check out https://git.hackerheaven.org/ekollof/desktop-installer. Prerequisites A resonably high specced machine. Minimally 8 GB of memory is probably best (some packages like nerd-fonts-complete are really large and stress tmpfs.

30, 2019 Geekery, IPFS, Technical
Let’s do some IPFS hosting… Introduction As my previous post so joyously stated, my blog is now completely hosted over IPFS. This post will show you how I update my blog, and how I publish it over IPFS. Note that these are still manual steps, and I am looking into how to automate it all so I can just edit, commit and push and have all this done automatically without thinking. 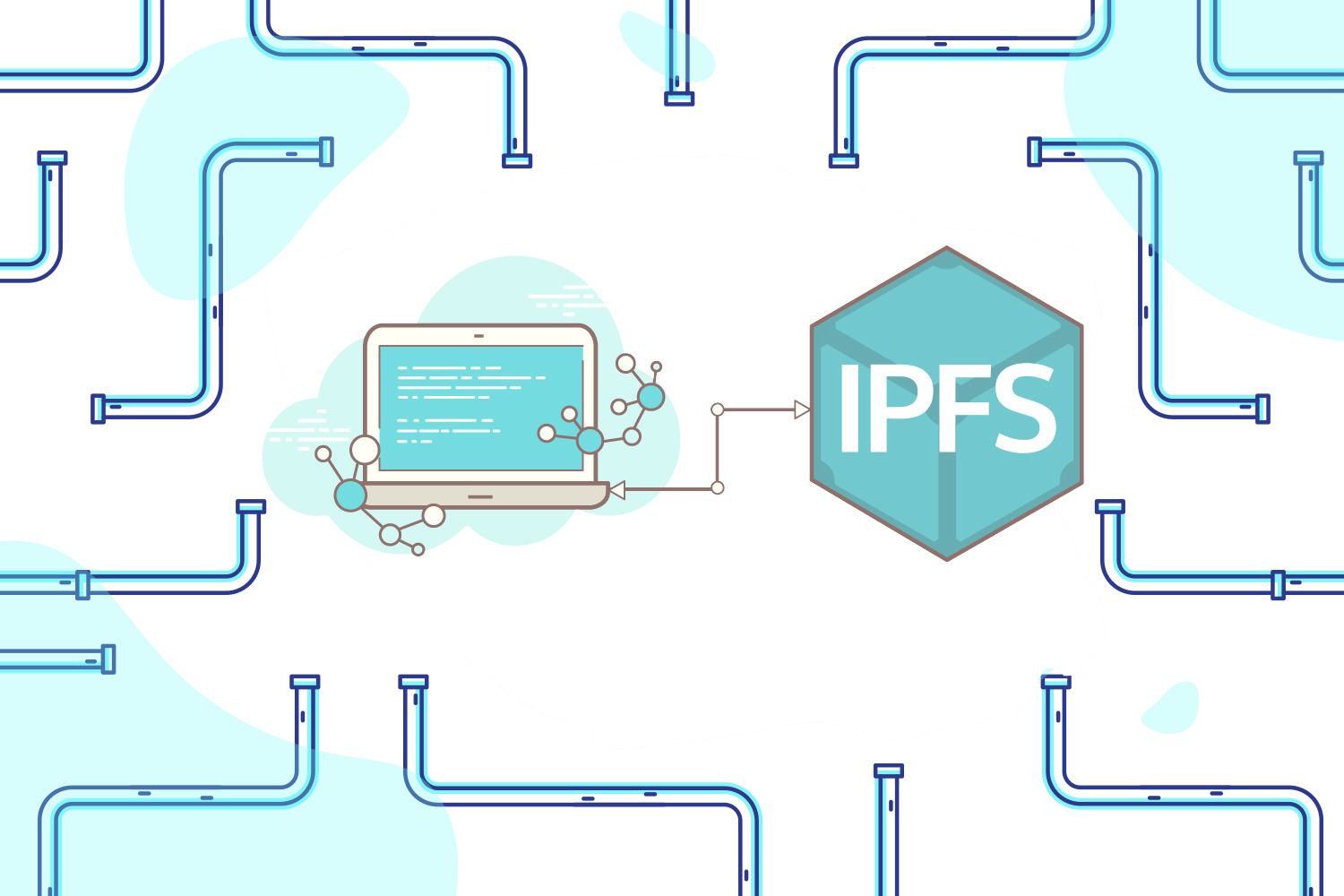 13, 2018 Geekery
Window manager and desktop environments. If you run a Unix-like desktop, you probably use them. Most people just use what comes with their distribution. They either run Cinnamon, GNOME or maybe even KDE/Plasma. That’s fine. But I am a tinkerer, and I’ll be damned if I won’t tinker. I do like KDE, but it is a big piece of bloat. So is GNOME. So is Cinnamon. Not that they are bad environments to work in, but they aren’t really efficient.